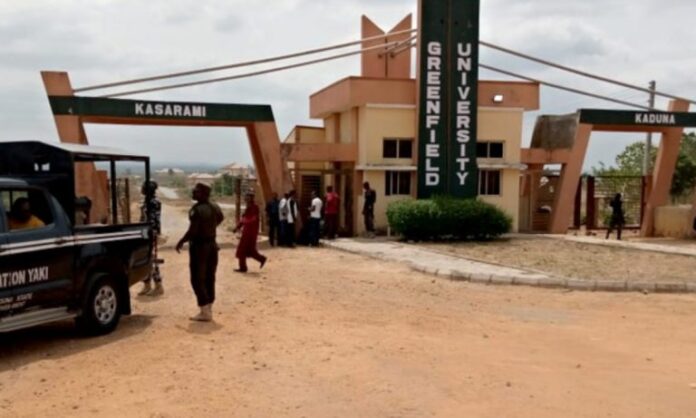 The bandits holding about 17 students of the Greenfield University, Kaduna, hostage, have said that they must be paid another N100 million in addition to the N55 million already paid by the parents of the students before the end of Tuesday, May 4, 2022 or they will kill the remaining students.

Speaking during an interview with the BBC Hausa, the leader of the kidnap group, identified as Sani, said that the group has used the N55 million earlier paid by parents of the students to feed the victims. They maintained that failure to pay another N100 million, and provide 10 motorcycles before the end of Tuesday, all the remaining students will be killed.

Recall that 22 students of the university were kidnapped over a week ago, and as at date, the bandits have killed five students, including one Dorothy Yohanna, who was buried over the weekend.

Bodies of the murdered students were dumped at a village close to the university.

The Kaduna State Governor, Mallam Nasir el-Rufai has vowed that his government will never negotiate with the criminals.

PRESIDENCY EXPLAINS WHY BUHARI SIGNED 2022 BUDGET DESPITE RESERVATIONS, ASSURES OF...

NEW YEAR 2022: GO AFTER CRIMINALS WITH RENEWED VIGOUR, NO MORE...