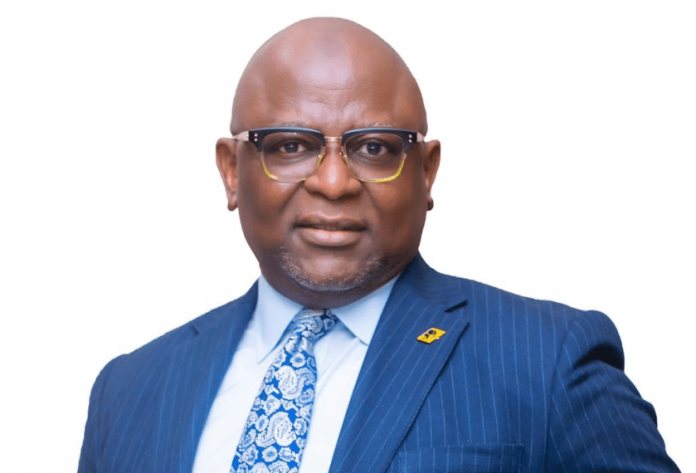 In 2021, Nigeria experienced headwinds and breakthroughs across the different sectors of the economy as the country was gradually recovering from the impact of the pandemic in 2020 and resulting lockdowns which meted heavy repercussions to the economy, stalling growth and even driving the country into a recession.

As at Q3 2021, Real GDP grew by 4.03% which was the fourth consecutive quarterly economic growth, indicating recovery from the economic recession recorded in the previous year as a result of the covid-19 pandemic.

Having reviewed 2021 performance, experts have given their outlooks on what Nigerians should expect to happen in 2022.

At the Nigerian Economic Outlook event, organized by FirstBank, economists on the panel gave insights into what should be expected based on different scenarios that could be adopted by the government during the year.

The keynote speaker, Mr. Bismarck Rewane elucidated on two major scenarios; the first based on a Legacy driven year which will see the government adopting reform-oriented policies; driven by a need to leave behind a legacy after the administration hands over, embrace election neutrality and become more election-friendly.

According to Mr. Rewane, the expectations from this scenario are subsidy removal, implementation of cost-effective tariffs, increased supply in the forex market and a convergence of Exchange rates

The second scenario suggested that governance in 2022 will maintain a steady state in which there would be no major reforms and we would experience a state of stable disequilibrium.

Mr. Bismark Rewane, the Managing Director/Chief Executive Officer of Financial Derivatives Company Limited, further stated that, the first half of the year, H1 2022, will focus on Economics while the second half, H2 2022, will be Politics centred.

In addition to this, he said, GDP should be expected to be 3.9% higher than the population rate and we could see inflation on an upward ride before reducing.

Also stating that external reserves will reduce during the year and we will see the Naira strengthening as exchange rate differential drops and converges.

In response, Mr. Opeyemi Agbaje, a fellow panelist on the session and the founder of RTC Advisory Services Limited, said that according to the GDP projections of Mr. Rewane, “…we may finally be above the rate of population growth in terms of growth….Trade is beginning to pick up, real estate is beginning to reach positive territory, communications and information has been strong, agriculture remains problematic and I think there is finally evidence that insecurity and disruptions of agricultural value chain are affecting food production and prices”.

Commenting on what consumers should expect during the year, Mr. Agbaje maintained that consumers will have concerns around inflation and depleting disposable income, stating that, “Inflation will probably continue to be a concern for the consumer, shrinking his wallet and decreasing the cost of consumption for the consumer.”

Another panelist, Ini Ebong, Executive Director, First Bank of Nigeria Limited, Treasury and International Banking, opined that as the Central Bank moves toward convergence during the year, where the foreign exchange market will start to behave properly, this will bring transparency to the economy.

The Nigeria Economic Outlook webinar which was held on Thursday, January 13, 2022, was organized by First Bank of Nigeria Limited and themed “Rearview look at 2021, Lessons learnt-Outlook 2022”. The event included a panel session moderated by Ifeanyi Uddin, the Chief Economist, FirstBank.

The bank introduced the initiative with an objective to set the tone for the year through the provision of an opportunity for participants to learn directly from economic experts to stay informed and knowledgeably empowered to make the right decisions in their socio-economic activities in 2022 which will be impacted by the micro and macro-economic activities of the country.

The Group Head, Marketing & Corporate Communications of FirstBank, Ms. Folake Ani-Mumuney, commenting on the event said, “Our commitment to nation-building is anchored partly on our thought leadership role designed to relentlessly drive growth and scale for all through engagements that showcase versatile subject matter experts endowed with expertise, knowledge and valuable insights.

The webinar provides a platform for cross fertilization of ideas and opportunities to learn and grow. Nigeria is a country rich in human and natural resources and these have helped in the reforms and resilience reflected in the economy in 2021”.

OBI CUBANA RESPONDS TO CRITICS – ‘LIFE IS NOT DIFFICULT’

‘LSSTF REMAINS COMMITTED TO THE WELFARE OF SECURITY OPERATIVES IN THE...