Davido seems to have been busted by Russ Millions after he claimed he sold out the 20k capacity O2 Arena in London where he had his concert.Since last week Friday, his goons have been on social media bragging about how he sold out the arena before he held the show on Saturday. They boasted that he is the first Nigerian to do it.

However, fans of Wizkid quickly reminded them that their Starboy did it first when he held a show with AfroRepublik. They also reminded them that tickets for Wizkid’s show where already sold out months before the D-Day, whereas Davido’s own tickets were still available for sale online. Undeterred, Davido went ahead to host the show with the place looking filled to the brim. However, it appears the O2 Arena and its 20k capacity wasn’t totally sold out.

“17,000 People Sold Out in The 02Big thank you to @davidoofficial for bringing me out last night #GunLean #RussHour”

It could be recall on Sunday night, January 27, 2019, is one that will not be forgotten as Davido etched his name in the history books selling out the iconic O2 Arena and highlighting a vivid indication of his increasing dominance on the global scene.

While a number of Nigerian artists have in the past performed at the smaller O2 stages, Wizkid remains the only one to have taken on the main O2 stage and successfully sold out his AfroRepublik concert in 2018. And when Davido announced shortly after that his eyes was set on achieving a similar feat, very few were in doubt that this would be another ticked box in his career moves.

”We rise by lifting others” is one slogan that has defined Davido’s blueprint over the years with his support of a number of talents on his platform and on his biggest night, he was yet again true to his words with a number of opening performances from his protégées. The event kicked off with sets from various DJs including Tim Westwood and DJ Ecool who played some of the finest songs from home. From Mayorkun to Peruzzi, Idowest, Dremo, Yonda and Zlatan, members of his DMW crew and affiliates all got shine time on the night getting the crowd warmed up for what was to come.

After a brief delay, the hour eventually came, as international actor Idris Elba who was a special guest took to stage to announce Davido, who made an epic entrance arriving on a suspended platform to a rapturous cheer from the waiting crowd, where he stayed for some minutes as he kicked things off with ‘Aye.’

What do you think about Russ Millions recent confession? 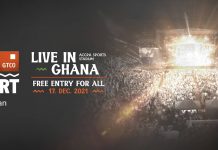 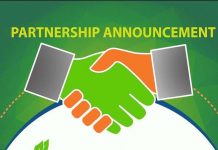 States Where Atiku and Buhari will have Strong battle and why