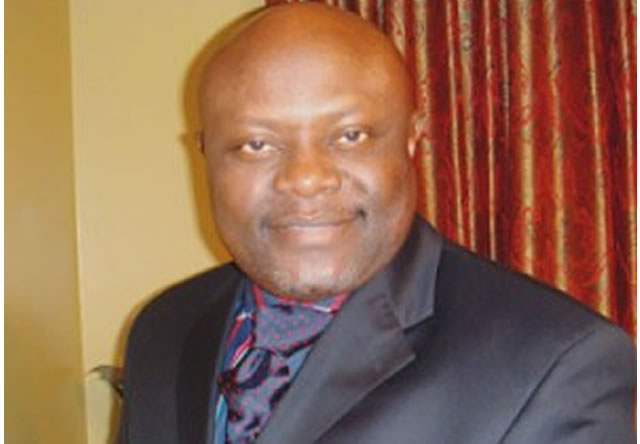 The amphitheatre was chokingly chockablock. It was the first and only presidential debate between three candidates jostling to be Nigeria’s president. Seun Okinbaloye of Channels TV was the anchor. One by one, the candidates were introduced. The first set of questions of the night was hurled.

“Dr Fola Ojo, your credentials are impressively impeccable. Your campaign around the country has been electrifying. But Nigerians will like to know what makes you feel confident that you are the right person for the position of the President of the Federal of Nigeria at this point in her history”, Okinbaloye asked.

“Thanks for the question, my friend. I believe I am the only candidate on this stage who has earned the trust of Nigerians across all the regions of our beautiful nation. Nigerians who have been left behind in all areas of life are standing behind me because of what they know we will bring to governance.

They have compared my credentials with those of my opponents who have spent so much money in this race. But the people have decided not to follow moneybags this time around. Reckless money-splurging by these professional politicians is destroying this country and decimating our democratic process.

That is why you see everybody on the street screaming my name without paying them to do so. My campaign has been able to raise enough money to fight this fight for the people. Check out those who are contributing; they are ordinary Nigerians. They are pepper sellers, barbers, satchet water vendors, okada riders; and all regular Nigerians.

They want a change and they know that the desired change can only come from somebody like me who will walk the talk. They want presidential pulchritude to supplant schizophrenia in government. That is why I am confident that I will be elected the president”.

Okinbaloye fired back: “But what are you planning to do differently from what your opponents on this stage have promised Nigerians”?

“The stark difference between our campaign and others on this stage is that they are all talkers; and I am a doer. And believe me; Nigerians know that. Nigeria’s problem areas are many. But I want to focus on massive food production.

Many are angry because they are hungry. About 118 million Nigerians are unable to feed themselves as of today. That will change when I am sworn in as president.  Every 774 local governments in Nigeria will have at least one hectare of food pantry from where abundant food will flow directly to the people.

We will feed Nigerians. We will have a National Day of Giving every quarter when people will give to the poor and feed the hungry. More than that, the central government under my leadership will release more to states and local governments. They are closer to the people than the exalted seat I hope to occupy in a few months”

“Are you suggesting that you will back the controversial restructuring?”, Okinbaloye asked.

“You can call it whatever you want. If Nigeria does not whither down on control from the centre, the nation will not go far. The central government is grossly obese. In my administration, it will shed off a lot of unnecessary weight; and state and local governments will largely run the show.

I will work with the legislature and stakeholders to evolve ways that true federalism is in play. We will restructure our political system. Everybody is hankering for it. It is long overdue”.

“But, sir, how do you ensure that all these grand plans of yours will not be sabotaged by corruption and the corrupt?”; Okinbaloye asked again.

“Stealing in every sector of the Nigerian public life is a systemic malfeasance and seems like an inextinguishable flame of fire that’s burning down the house. Corruption has found a fecund ground in a system that’s willing to change only in bloviating rhetoric, not in a determined move to muffle it.

STEALING while serving is Nigeria’s heaviest cross. It will take some time to end it; but I promise that under my administration, serving will replace stealing. We will deal with corruption as we deal with armed robbery. If corruption must be killed, the corrupt must also be asphyxiated.

The corrupt and corruption are inseparable twins. You cannot kill corruption and let the corrupt live. The former breeds the latter. Under my administration, there will be no sacred cows. Period”.

“Insecurity is a festering menace in Nigeria today. How do you intend to fight that?”, the moderator wanted to know.

“It is the constitutional duty of the Federal Government to protect lives and property of citizens. The central government controls the army, police, Air Force, navy, and other paramilitary arms of government.

The Federal Government sits on Nigeria’s silver and gold. It sits on naira and dollar. But it has failed wobbly and woefully in arresting pervasive insecurity at its throes. Daily massacres go on in the North-East; it’s unbelievable. Under my administration, this will end.

Before I appoint my service chiefs, I will let them know upfront that if tangible changes do not take place regarding security within six months of their hire, they will be replaced immediately. I will not keep indolent service chiefs in charge one day longer than necessary. We will build coalition relationships with neighbouring countries regarding influx of aliens who easily break into our nations illegally to perpetrate havocs.

I will strengthen our 150 borders that are presently loosely patrolled and languorously policed. I will also put a final nail on the closure of the about 1,500 illegal borders that exist in Nigeria. Agents’ patrol vehicles will be increased and the number of our 22,000 Immigration officials will be doubled in my first year in office”.

“What about ethnic suspicion and intolerance; how do you deal with that”?

“I will lead by example. My cabinet will look like Nigeria. It will reflect our diversity as a people. No region of this country will dominate any agency of government in my administration.

Round pegs will be slotted in round holes. Where you come from will not determine what position you hold. All I want are qualified Nigerians who can steer the ship away from an imminent wreck. And we are blessed with intelligent hands and patriots who love this country.

“I do not know how anyone can pacify our youths and do right by them. How do you approach this, Doc?”

“Let me announce to you and I think this is important. As you can see, my running mate is 34 years old. If I am elected President next month, a chunk of government positions will be filled with capable and knowledgeable young people between the ages of 30 and 40. There are millions of them.

Give them an opportunity to run this country with responsible and incorruptible elderly oversight like the one my administration will provide; that will be a good start for a country that has neglected their vitality and intelligence they bring to bear in governance. Our young people, boys and girls, are not just the future, they are also the NOW. I will be in partnership with them”.

The alarm clock in my room chimed on annoyingly and roused me out of my REM sleep. Time was 5am!  It was all a dream! What a dream. A sweet one at that. What kind of dream is this? Nigerian President? Never in my thought. Probably, never will. Maybe. Maybe not.