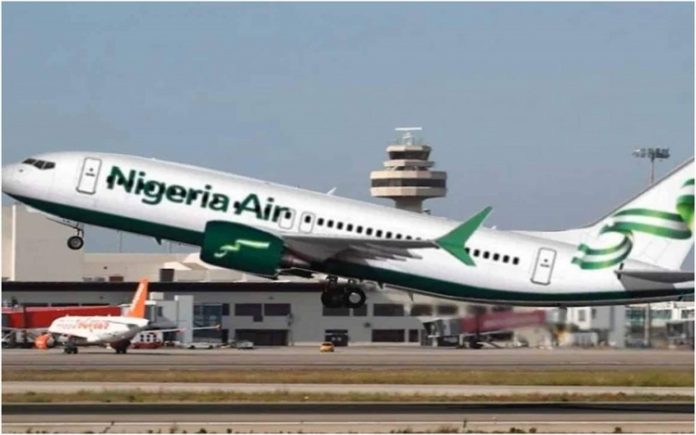 The Nigeria Air, the national carrier, may not hit the sky as soon as several Nigerians and stakeholders expect due to a major challenge hindering its operations.

This was confirmed by its Chief Executive Officer, Captain Dapo Olumide, while receiving the airline’s Air Transport License with number NCAA/ATR1/ATL21 on Monday. The ATL would run for a period of five years from June 3, 2022, to June 2, 2027.

This is coming after Nairametrics had reported that the Nigerian Civil Aviation Authority (NCAA) is expected to present the airline with its Air Transport Licence (ATL) on Monday.

He said, “It is very difficult to get the aircraft, which is the effect of COVID-19 on the aviation sector globally, among other factors.

“The aircraft are available but there are all sorts of issues because this is the summer peak period. And as you know, post-COVID, all the aircraft were parked in the desert. The airlines are bringing them out slowly. It takes time to bring an aircraft out of storage.

“And there is a further complication, a lot of flights in Europe are being cancelled or delayed because most people were laid off during the COVID and they don’t have enough staff in the airports to turn around flights. So there are lots of cancellations going on.

“So it is very difficult to get the aircraft but we have discussions going on with Original Equipment Manufacturers and we are just waiting for the right terms of the agreement. We already have the aircraft identified because that is one of the requirements for the NCAA, but we are just trying to perfect titles and so on.”

The Nigeria Air boss added that the airline was still sourcing aircraft, stressing that the national carrier was in a Public-Private Partnership process with the Infrastructure Concession Regulatory Commission.

The Director-General, NCAA, Capt. Musa Nuhu, explained that the acquisition of the license by Nigeria Air is a big step required by Nigeria Air in its pursuit of commercial flight services.

He said, “The ATL process is a step and one of the certificates required towards schedule passenger operations and it is a big step forward in the processing of the Air Operator Certificate which is presently ongoing.

“We are the civil aviation regulator. We support all operators, those currently existing in the industry, we work together, and those aspiring and processing, we work together with them and support them to ensure they get all their documentation after meeting their requirements without exception.”

According to Nuhu, NCAA was looking forward to seeing the airline fulfil the remaining requirements for the issuance of an AOC.

Report had on Monday that NCAA was expected to present the ATL  to the management of Nigeria Air, the national carrier, Monday at the NCAA’s headquarters at the Nnamdi Azikiwe International Airport, Abuja.

A source had said, “NCAA is expected to make the presentation of the licence to the interim management of Nigeria Air today, Monday, June 6, 2022, without any delay and the AOC, which is the most important will come in few months.

“The process was delayed because NCAA had to ensure protocols and requirements or conditions are met. Sentiments are not required in approving the airworthiness of airlines, as it is one of the most sensitive and delicate sectors in the economy. We cannot afford any mistake because we are dealing with lives here.”