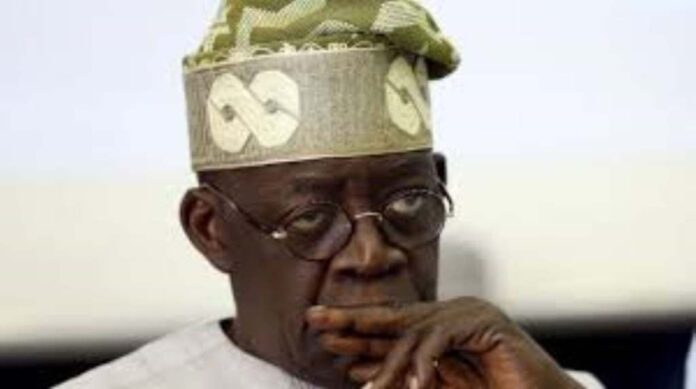 FORMER Chief Whip of the Nigerian Senate, Sir Roland Owie, yesterday, called on former governor of Lagos State and national leader of the All Progressives Congress (APC), Asiwaju Bola Tinubu to forget his 2023 presidential ambition positing that in the event that the major political parties agree to zone the presidency to the southern part of Nigeria, it would be turn of the south-east to produce the next president of Nigeria.

Owie while speaking on the emergence of a group, Justice and Peace Forum in Nigeria (JPFN) which he said would be launched early next year said but in his opinion and for fairness and equity, the north still has about four years after 2023 to catch up with the south and the rotation of the presidency since 1999.

He said but for zoning that was agreed in 1999 that the presidency should go to the south-west, President Olusegun Obasanjo would not have become president of Nigeria haven lost the whole of the south-west to the then opposition Alliance for Democracy (AD).

He said: “Bola Tinubu is my friend, but the truth is that where there is no justice, there will not be peace. Zoning started in 1999 and to God be the glory, it started from the South-West and Obasanjo took it and the PDP won. But for zoning, Obasanjo would not have been president because he lost his unit, he lost his ward, he lost his local government, he lost his state and he lost the whole of the South-West zone to Chief Olu Falae.

“He finished his eight years, the thing moved to the north, Yar’Adua picked it, what he did in about two and a half years, a number of presidents did not do, the current president has not done 10 per cent of what Yar’Adua did.

His tenure was truncated because when God calls nobody can say no. President Jonathan finished his tenure and then took another four years but as I am talking to you, the southern part of Nigeria has taken 14 years plus so when Buhari finishes his regime by 2023 even though it is a thorny regime, the north still has four years.

“If Tinubu knows that Nigeria has peace with this zoning, if he knows that do unto others as you will want them do unto you, he should not think of the presidency because if we all agree by 2023 that the presidency should come to the south, it is not to south west, it is not to south-south, it is to south-east. If all the major political parties agree that it should come to the south, the south-west is out of it, they have completed their eight years.

“There is a Benin parable that says the mouth does not stop the owner from  talking with it, maybe part of the money he has, he wants to waste it let the people collect it but if the parties and Nigerians agree that presidency should come to the south, it is not the turn of the south-west at all, it is the south-east but for now I am saying that as a catholic, it is not fair to lie, it is fair to be just, the north has four years plus to complete their tenure after Buhari.”