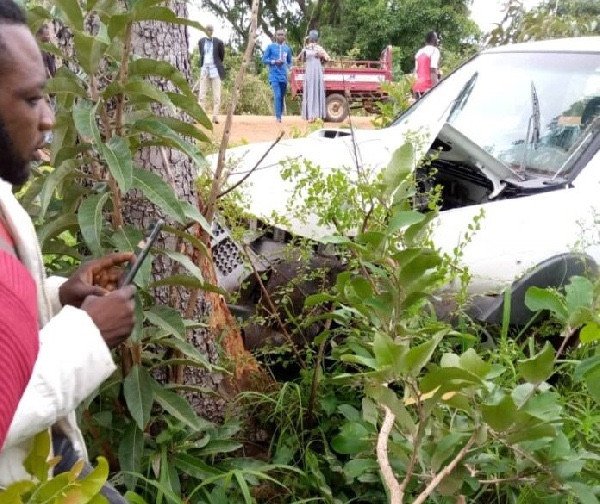 A Ghanaian woman died in a ghastly motor accident, while allegedly driving at top speed to catch her “cheating” husband.

According to viral reports, the deceased was informed that husband was spotted with another woman, said to be his side chick.

In a bid to confirm the information, the woman hurriedly drove out to where her source told her her husband was. Unfortunately, before she could get to the location she was involved in an accident and immediately lost her life.

“A woman died on the motorway. She was going to Tema to verify claims there was a woman in her husband’s car.

She never got there to even know whether or not the said woman was her hubby’s cousin, co-worker or mere friend. Don’t allow lies to lead you to your grave.”