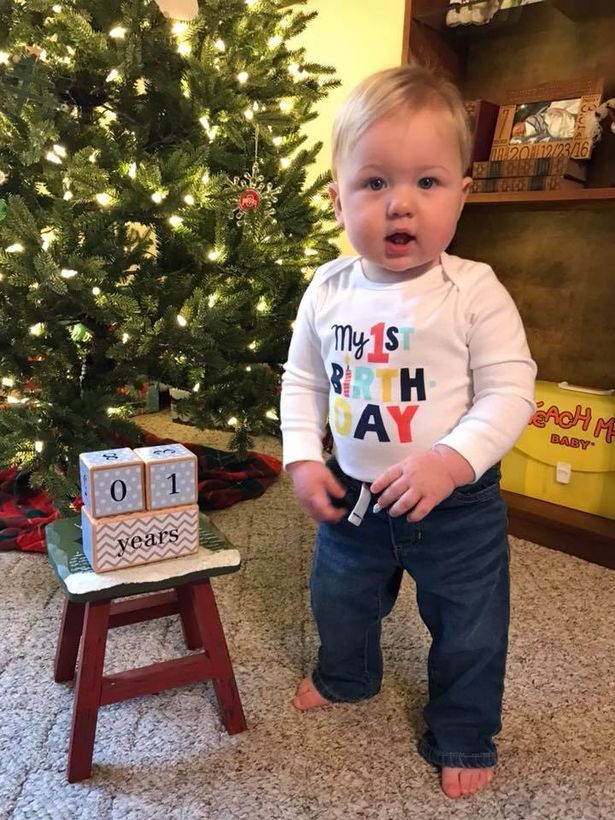 Woman Gives Birth 30 Minutes After Discovering She Is Pregnant

Ally Opfer, 26, went into labour but had no idea she was pregnant because she had a flat tummy and a negative test.

The 26-year-old, from Cleveland, US, had been getting ready to go to cheerleading practice when she felt a little odd but refused to believe something was wrong until a few hours later.

According to The Sun, she said:

I didn’t dream I was pregnant. Yes, my periods had been irregular, but they’d always been like that. I hadn’t gained any weight, felt tired or had any odd movements. My stomach was flat. There was no way I was having a baby. Still, because the pain came in waves, I agreed to take a pregnancy test, just to be sure. It was negative but the pain was now agonising.

A few hours later, the pain became unbearable and Ally staggered into the hospital screaming in pain after letting her parents drive her to see a doctor.

She said she was suddenly petrified after the doctor told her she had a ‘mass’, and she asked if it was cancer. She said:

As soon as I said ‘no’ he replied, ‘Well, it looks like you’re about 38 weeks pregnant. You’re in full-blown labour. We have to get you up to delivery right now, you’re going to have a baby.’

She went into “complete shock” but gave birth to the first boy in her family in 43 years by caesarian. Two days after Oliver was born healthy and weighing 7 pounds, 8 ounces, on December 21, 2016, the news went on social media.

She further said she enjoyed the most wonderful Christmas day of her life, adding:

Oliver is now four, adventurous smart and so much fun. He’s made me the happiest mum in the world, and every Christmas is special because of him. But holding him in my arms that first Christmas was life-changing. He was the best Christmas gift that I didn’t know I needed. Oliver was a true Christmas miracle.

1 MILLION NIGERIANS RECEIVE MODERNA FIRST SHOT IN OVER A MONTH...

OTUARO CELEBRATES BIRTHDAY WITH INMATES, URGES THEM TO TURN A NEW...

CHELSEA LIST 11 PLAYERS FOR CLEAR-CUT TO MAKE ROOM FOR NEW...