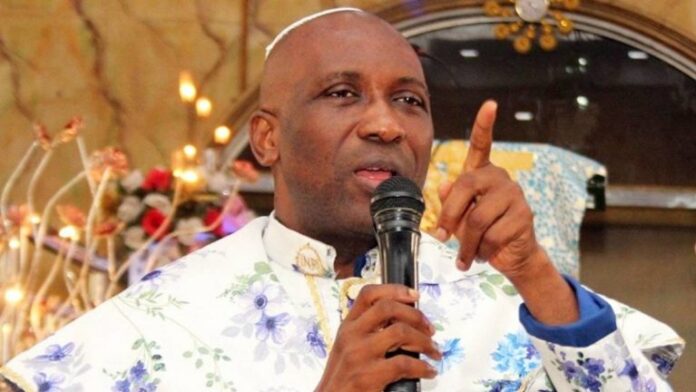 The Leader of INRI Evangelical Spiritual Church, Primate Elijah Ayodele, on Saturday rebuked Pastor Tunde Bakare of the Citadel Global Community Church over his comment on running for president in 2023.

Primate Ayodele, who frowned at the remark, said Pastor Bakare should face his missionary work and stop mismanaging the grace of God upon his life.Bakare had said he will contest for the position if God and Nigerians ask him to.

Speaking at the State House after a meeting with President Muhammadu Buhari, Bakare described himself as a nation builder.However, Ayodele noted that Bakare cannot win an election in his church not to talk of winning an election in Nigeria.

In a statement by his media aide, Oluwatosin Osho, the clergyman advised him to spend his money on the less privileged in his church rather than waste it on something that has no reward from God.‘’Tunde Bakare is mismanaging the grace of God upon his life and ministry.

The dream of becoming Nigeria’s president is not realistic for him, he can’t even win an election in his church not to talk of Nigeria.‘’If he has money, he should use it to help the less privileged in his church instead of going about to waste his time for nothing.

‘’Tunde Bakare should relax, forget the dream of becoming Nigeria’s president and face his missionary work that God sent him to do. He should preach the gospel, win more souls for Christ.,” he said.Bakare had in July launched a movement he called ‘Nigeria For Nigeria’.

This was a movement he described as a means to take back Nigeria from the hands of those in power.But, Primate Ayodele had described the movement as a means to put Nigerians in bondage and that it is another agenda for Tunde Bakare’s political ambition.