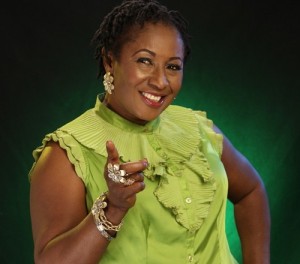 Fans of veteran Nigerian actress, Patience Ozokwor, have opened up about how they felt as children when they watched the actress interpret her roles in movies.

Fondly referred to as Mama G, during the early days of her career, the legendary actress was known to act the roles of a wicked mother-in-law, stepmother or witch; and she always portrayed the role impeccably.

In an Instagram post, the question, “The movie that traumatised me as a child was…?” was asked; and a user of the platform simply stated that every movie the ace actress feature in traumatised her.

This made the actress apologise to her fans for the roles she played in her past projects. She wrote via her verified Instagram page, “My people, is it time to apologise? I am sorry, in fact, I am totally flabbergasted.”

In a twist of event, after her post, more fans told the actress that she need not apologise. They said although her movie roles scared them as children, as adults, they understand the message she was passing across.

An Instagram user, Violetmuwanguzi, said that as a young child, she believed the actress was truly a wicked person in reality.

She wrote, “I really hated you a lot when I was young because of the way you were acting, and I didn’t know that you were just acting. I thought that it was real, that it is the way you treat people. But the endings were so good for you because it ended when you get mad or have accidents.

“But mama, that was then. Now, I am a big girl and I know what you were trying to teach us that whatever you sow, you will reap, and I love you so much and wish to meet you one day.”(sic)

Another fan of the veteran actress, Luchy4real, commented, “For real mama, most of your movies had some of us traumatised.”

Stating that he loves the actress for her past works, an Instagram user, Gonifiedbro, told the actress not to apologise as he loves her the way she is.

Similarly, Itsbabyjosh, via her Instagram handle, noted that Mama G’s role in movies made it worthwhile to watch.

She said, “No apologies needed ma. That was what gave those movies life. No matter the matter, once your face shows up, we would just watch because we knew it was going to be fire for fire from start to finish and you always end up confessing.”

Responding to the comments of her teeming fans, the iconic thespian thanked her fans for their support throughout her career.

Mama G wrote, “So ‘No Apology Needed’ group won. Thank you so much for all your beautiful comments and your support throughout my career.

“Reading your comments made my day and I had a good laugh.
Love you all.”

ARSENAL FIGHT BACK FROM THREE GOALS DOWN TO DRAW WEST HAM