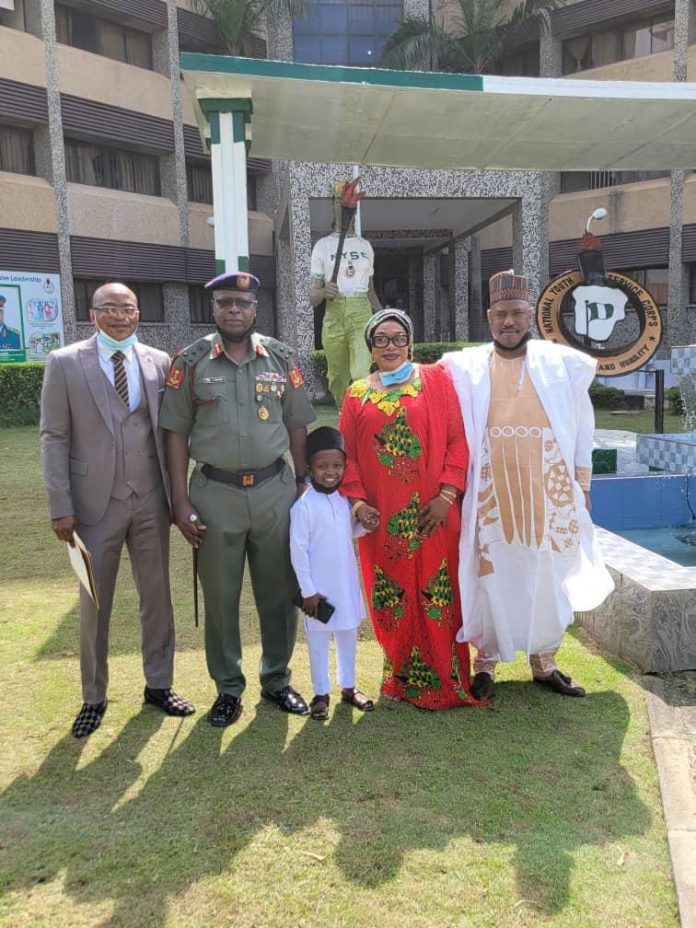 A member of the National Youth Service Corps NYSC, Ahmad Abubakar has donated a digital library to the agency as his personal Community Development Service CDS Project.

This is contained in a statement signed by the Director, Press and Public Relations of the NYSC.

According to Abubakar while speaking during the commissioning of the project at the NYSC National Directorate Headquarters in Abuja, he was inspired to initiate the e-library project in order to help expand the NYSC library and enhance its rich resources to Corps Members, NYSC staff members and other stakeholders.

He also said that the manual system of library operations is getting obsolete globally, hence, the need for a digitalized method of storing information.

“As the manual system of library operations is getting obsolete globally and no more effective as it should be, l decided to convert the book materials into digital formats through proper digitization procedures for easy access”, he said.

The computerization of the library was considered necessary to enable free access to the library materials including some NYSC publications that were also digitized  in order to preserve them as reference materials.

The project donor said he sourced for sponsors and was able to “set up the digital library with items such as a server, computer work stations, printers, professional book scanners and other items”.

He thanked the NYSC for providing a conducive environment for him to unleash his potentials including the project sponsors for assistance.

Commendation
The Director-General of the NYSC, Brigadier General Shuaibu Ibrahim described Abubakar as a goal-getter, honest and dedicated Corps Member.

He commended the Corps Member for initiating and executing the laudable project, promising that it will be put to judicious use.

“I want to urge other Corps Members to emulate Corps Member Abubakar and provide laudable projects that would leave good memories after their service year”, he said.