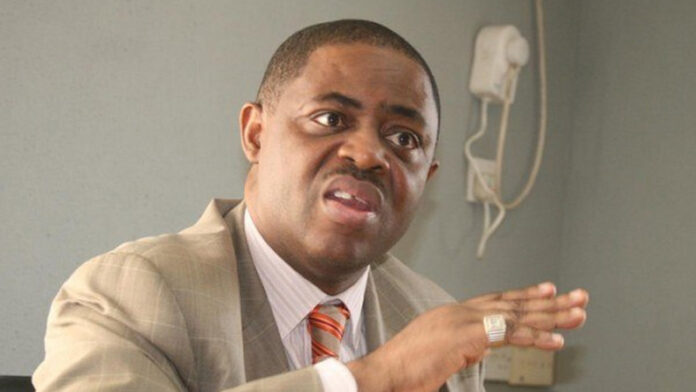 Former Minister of Aviation Femi Fani-Kayode has lamented the deteriorating security situation of Nigeria under the administration of President Muhammadu Buhari.
In a post on his official Twitter page, @realFFK, Fani-Kayode commended the Sultan of Sokoto, HRH Sa’ad Abubakar, for urging President Buhari to address the nation.

Fani-Kayode also condemned the abduction of over 333 students of the Government Science Secondary School in Kankara, Katsina State by the Abubakar Shekau-led faction of Boko Haram.

He wrote: “The President is in his home town of Daura having “a rest”, the First Lady is in Dubai due to security challenges in the Presidential Villa, the Chief Justice has Covid 19, the Chief of Army Staff is in isolation, a number of Army Generals have Covid 19. These are bad omens.

“Meanwhile, over 600 boys have been abducted from their school in Katsina and the security situation is so bad in the country that His Eminence the Sultan of Sokoto has rightly asked the President to address the people and do something about the deteriorating security situation.”

The bandits who later claimed to be Boko Haram members on Friday night abducted 333 students of the GSSS, Kankara, Katsina State.

President Buhari came under fire for refusing to visit the school or parents of the abducted students despite being in Katsina, choosing instead to visit his cows at his farm.

Reports also emerged on Monday that First Lady Aisha Buhari had jetted out of the country to Dubai, United Arab Emirates, since September after her daughter, Hanan, tied the knot with her lover, SaharaReporters claims.

The President’s wife, according to the report, does not plan to return back to the country anytime soon despite spending over three months outside the nation.

Aisha Buhari had reportedly claimed that her reason for traveling out of the country is because her family is not secure in the Aso Rock Villa.

Meanwhile, reports also emerged that the Chief Justice of Nigeria (CJN), Justice Tanko Mohammed, had allegedly contracted COVID-19 and was also receiving treatment in the UAE.

But the Supreme court had come out to debunk such a report, describing it as just rumours.

AB ROLLINGS SET TO LAUNCH AND OPEN A POP UP STORE...