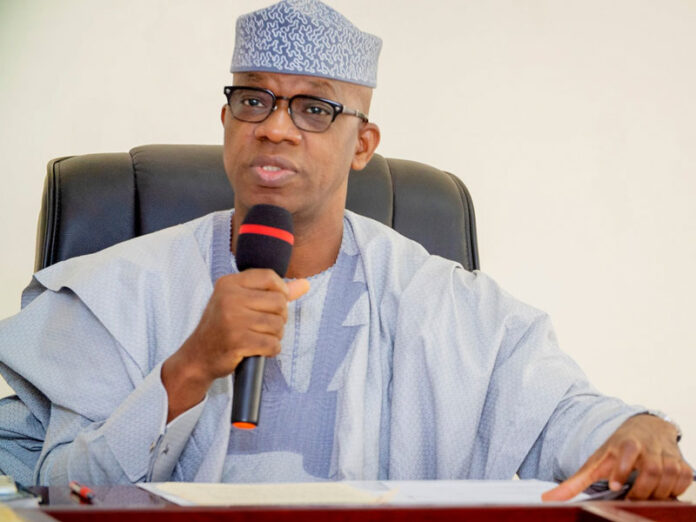 This, according to him was to ensure Ogun surpasses its number three position in IGR generation in Nigeria and become second to Lagos State in revenue generation.

Speaking after inspecting facilities at Proforce, an indigenous firm specialising in the manufacturing of security equipment in Ode-Remo, Remo North Local Government Area, a statement quoted the governor to have emphasised that his administration had made access to land easy, just as a friendly tax concession policy had been put in place to attract more investors to Ogun.

Abiodun stressed that the incumbent government would continue to do all it can to increase the state IGR.

“Last year, the National Bureau of Statistics came up with a report that showed Ogun State was the state with the highest improved Internally Generated Revenue. By June last year, our IGR had improved by 131.5 per cent.

“By November, we had raked in about N85 billion in IGR. This is unprecedented in the history of this state; our state had been number three last year.

I’m sure by this year, we will be number two next to Lagos State in Internally Generated Revenue,” the governor said.

Abiodun, who noted that his administration had put in place policies such as deployment of information communication technology to ensure the blockage of leakages in order to increase in the ranking of the state on the Ease of Doing Business Index.

The governor further disclosed that his administration would continue to provide employment opportunities for the youths so that it could sustain its position as the safest state in the country.

“Just being safe is not just by providing equipment for the police, but by ensuring that youths in the state are well educated and provided with employments,” he added.

He also informed the gathering that no fewer than 5,000 fibre optic cables were currently being laid across the length and breadth of Ogun to provide WiFi access, adding that his administration would not relent on its infrastructural transformation in the state.

Other measures put in place according to the governor included good road network, friendly business environment and abundant human resources.

“My advice to other investors is that they should come to Ogun to enjoy the hospitality, infrastructure put in place, availability of land, abundant human resources, friendly tax concession and all that we have done to ease business. If you are not in Ogun, you are not in Nigeria.

“We are here to see where Proforce can partner with us and how we can support them, how we can also encourage them. We are very proud that this is happening right here in Ogun State.

We have seen others from different parts of the world. Definitely, this facility compares to any other anywhere in the world,” he explained.

Abiodun added that the visit was to have a first-hand experience of the firm’s operations and see areas his administration could collaborate and give it the needed support.

“I must say that I am very impressed with what the Chief Executive and his team is doing here. This is a first class manufacturing concern particularly against the background of the level of insecurity that we are witnessing in recent time across the length and breadth of Nigeria.

“Everything that is happening here is basically to support the law enforcement architecture of the state. Prior to the launch of Operation MESA, my administration will go into discussion with the company to provide the outfit with the needed equipment and logistics to make it carry out its assigned duties effectively.

“Today, Ogun State is one of the safest states in the country and we intend to sustain it, but it is not only by equipment and gadgets to the security agencies.

We must understand that there is a nexus between security and illiteracy, unemployment and drug abuse. However, we like to ensure that our law enforcement agencies are properly equipped and battle ready to tackle insecurity”, the governor submitted.

He, however, reiterated his warning that cultists, criminals and those who engage in any form of violence, unwholesome conducts and vandalism to desist or face the wrath of the law.