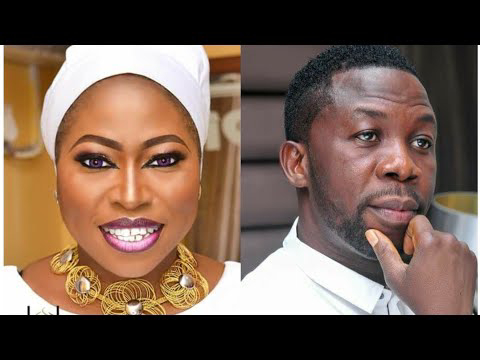 … Connived with inmates, ex-walden to release Genesis’s jail pictures on social media
As much as we choose to be silent for now as regards the ongoing Prophet Israel Oladele case with Mrs Olaide Williams Oni, it is important for us to clear the media as regards some misconceptions flying around the social media.

Firstly let me start by saying that the issue on ground that led to the sentence of Prophet Oladele Ogundipe has absolutely nothing to do with Bukola Jesse who have been parading herself on social media as the one who sent Genesis to jail.

The issue that the prophet had with Mrs Laide Williams is an issue that is dated as far back as over 12years ago and she made up her mind to take revenge for whatever emotional hurt that the young Israel Oladele caused her then.

Bukola Jesse was an Online member who joined Genesis Global in 2017. She has been a strong follower since then up until sometime in June 2020 when she suddenly became an attacker due to some ulterior motives she had that she was unable to achieve. Few questions I have to ask here:

1. How does this issue suddenly become an issue where Bukky Jesse is creating the impression that she sent Prophet Oladele to Jail

2. In this shared video, Bukky Jesse claimed that Justice Akinlade is her adopted mum and that she had series of conversations with her as regards the case. Does it mean that she conspired with the Judge?

3. If this is not a conspiracy, why is Bukky sending people to the prison to take pictures of this man as shown beneath in this post.

4. Why has she sworn that Prophet Israel Oladele must be killed in jail in a case that has absolutely nothing to do with her.

This is a wake up call to the Authorities of the Nigerian correctional service. The safety and security of this man’s life is of essence to us. How can someone be in jail and bloggers are out there sharing pictures of him in jail, giving full information of what he is wearing and eating. I think this In itself go a long way to explain the level of conspiracy involved in this case.

Do you know that ever since this judgement has been given, the real person who has the case (Mrs Laide Williams Oni) has not said anything to the public neither has she appeared atall in the whole picture. So who are this people celebrating victory with another person’s case
Here is the face of Bukky Jesse Agent Responsible for giving Bukky Jesse hint and feedback.

Ex Prison Walden, MR Adebisi Iseagba other paid correctional officers have been responsible for Pictures and information about prophet Israel Oladele Genesis while in incarceration . It should be noted that Bukola Jesse has publicly sworn to murder prophet Oladele at all cost before December 2020.

Despite the fact that Bukola Jesse has no single charge against Prophet Oladele genesis, she has gone above and beyond too indict and incite hatred and revenge against The Prophet. Bukola Jesse Alongside Few Celestial leaders that have been revealed to form a group of rebel that have been inciting so much conspiracy against this man and ultimately seek his life.

While serving time in incarceration , series of threats has been placed on his life, Including infringement of privacy, witch-hunting, attempt assassination and also threat to Hod family.

The Nigerian prison service  however reported this infringement to the police and series of arrest are being made, among which this ex prison Walden MR Adebisi Iseagba who is a paid ally to Bukola Jesse and has been working as spy and informant to Bukky Jesse.